In animals, the innate disposition to learning is expressed in curiosity and play. It is curiosity that leads to the exploration of the environment in which each animal moves. Curiosity, and therefore the drive to explore and experiment with the surrounding world, is obviously most evident in puppies. A kitten of a few days, even if it still has its eyes closed, does not just look for its mother’s nipples but, with a staggering gait, begins its explorations to the confines of the kennel; a child shaking a small rattle experiences his hearing and the variations of sound that he can get by moving the object in different ways.

All mammals proceed in a similar way to know a new object. If a new object enters the territory of a group of rats, they will approach first cautiously, then begin to touch it, to bite it, to climb it, to mark it with urine and, after having “known” it, will ignore it. The fact that the animal is attracted to the new object, but retains the faculty of detaching it, is the premise for any interaction based on dialogue, and is typical of exploration by curiosity and play.

There is an impulse to learning that we call “curiosity”; it is possible to prove that there is a drive both to learn new motor skills and to receive perceptual impressions, then to acquire knowledge. This impulse to learn lies at the base of the game in animals. Although it is possible to distinguish when an animal plays and when it is serious, it is not easy to define the game. Certainly an animal plays if it is full, it is not thirsty and is not occupied in another essential activity. But even if the game does not respond to urgent needs, it is of enormous importance for the normal development of the animal.

The skunk pups chase each other and fight each other continuously, learning how to orientate the bite on the back of the neck, which is essential for mating; the squirrels run around the trunks of the trees, each trying to interpose the tree between themselves and their playmate, without bothering to reach the other: this is how in a serious situation, the squirrels will take shelter from the predators; a child is drawing: he is training his hand to greater precision; another child is riding a bicycle thus perfecting his balance.

It is by playing that puppies measure their physical and intellectual abilities, their progress, their limits. The spontaneous activities of the game favor cognitive development, discoveries, reasoning, thought. Game is an active form of learning.

The actions of play are performed following an internal impulse, which however is not the same as the one on which a serious action is based: i.e. the acts of the game are unhooked, independent from motivation. This independence is also a characteristic component of human speculative behaviour, and is known in animals only at the time of play.

Games and serious actions differ in the character of the impulses that motivate them. First of all, the game itself is not oriented; the animal can fight, hunt or experiment for play, depending on the type of environmental stimuli. Anyway this can only be considered a general rule, as often a game can clearly tend towards a certain functional cycle and, therefore, there may be intermediate steps between play and serious behaviour.

In the absence of a playmate, the animal can find a substitute object (the toy): a ball for a kitten; a shoe for a dog; a bush for a badger; a rocking horse for a child, and so on.

The criteria for distinguishing games from non-games vary from species to species. The ability to emit and recognize the “this is a game” signal serves to block violent responses in case the game mimics aggressive attitudes. If a skunk bites a playmate too strongly, the victim emits a sound that inhibits the other.

In human play, the smile indicates that a behaviour normally interpretable as aggressive is a game, a fiction.

The signal “this is a game” has therefore a “metacommunicative” value, that is, it designates the relationship that exists between individuals and other forms of behaviour. (“Metacommunication: communication on communication, that is a communication that explains how a message must be understood and the code used” [Bateson])

“SIGNS” AND “SYMBOLS” IN CHILDREN’S GAMES

Piaget describes language as that form of intelligence that, in the child, passes from the sensorimotor phase (intelligence linked only to the instruments of perception and movement) to the more complex one of the beginning of representation. Thanks to language, the child is able to evoke situations that are distant in time and space, thus overcomes the purely perceptual field and inserts actions and objects into a conceptual and rational field.

Language is a form of inter-individual communication that uses “signs” and “symbols”. The most common form of use of the symbol is for the child the symbolic game, or game of imagination. This appears almost simultaneously with language as an independent activity.

A lion playing with the tail of one of the lionesses of the herd that is not his mother tries to be accepted by her too: if something should happen to his mother, the other lionesses could help him. By playing, he enters that society of which he will be a part until maturity and on which his existence depends. A young chimpanzee who, when playing, makes contact with the members of his group, may not respect the hierarchical rules: his being “small” saves him from the wrath of his father and other male members of the group (the features of the puppies inhibit the aggressiveness of the adults). His being with everyone allows him not only to learn the rules of his social reality but, once he grows up, to find his place in that society. His playing and “arguing” with other children, will teach him how he will have to put himself to get the most out of his skills.

Even in our species the game is used since childhood as an adaptation to reality, made of objects and individuals who interact with the child. He is structuring the awareness of his identity separate from the rest of the world, and adopts new relational and communicative strategies.

Thus begins the social life of the child even if, when he is in the egocentric phase, he has difficulty in placing himself in another’s shoes and does not worry, for example, to adapt the language to the needs of the listener. It often happens that looking at the images of a book, the child asks “what is this?” to the adult who is in front of him (and therefore sees only the cover), as if the image to which it refers was also seen by ‘adult. Likewise, when he describes facts that have happened to him, he often omits from the speech the subject of which he speaks: “she took this, then he did this other”, as if the adult knew, who are “her” and ” he “whom the child refers to.

Already at 2 years old children want a playmate, even if they often play at the same time but not together. They only feel the need for the presence of the other.

Around the age of 3 they are not yet able to divide the roles in the game. To join his friend, the child “identifies” himself, he wants “to be the other”: that’s when he takes possession of the other’s toy. However clumsy, this is a desire for cooperation and communication; despite this desire, he fails to get rid of his self-centeredness.

At the age of 4, if the object with which to play requires cooperation, the distribution of roles begins: the swing is more fun if another pushes you. The children thus spontaneously establish a division of duties, but then argue if one of the two does not accept the alternation.

True collaboration begins between the ages of 5 and 6: it turns out that putting together forces, skills, abilities, ideas, is functional to the success of the game; this makes children forget their personal interest. At this age also begins the race to ensure the admiration of others: children play together, perhaps with the same toys, but they also tend to show off their personal prowess in making a bigger construction, in skipping a higher obstacle or in the arrive first to a destination.

Around 7 years of age children are able to learn and respect rules. Group play educates precisely at this. When playing hide and seek, you count up to 10 before looking for companions; if you do a running race, you have to wait to leave all together; so in all group games we observe rules that the children mutually commit to respect.

These are the first exercises that are done to learn social life. Children are able to recognize to their companions the same rights they recognize to themselves; self-discipline, the rule, is recognized as indispensable support for the competition.

Later they will themselves be able to establish new rules of the game and will agree with others on these variants.

The game and its “illusions” are never subjected to proof of the truth; they start from the implicit that what is done, which is said, which is used within the game, belongs to the symbolic universe.

And it is precisely this clear separation between the objective reality and the internal reality of the individual that makes the game, paradoxically, a very important tool for human adaptation to reality.

Recreational activities also favour adaptation in adults. In the human species this activity continues throughout life.  Analyses, experiments, possible combinations of objects, ideas, behaviours, are the specific activities of artists, scientists and inventors; this way adults are authorized to “play” even in their profession.

Beyond these specific cases, play activities of adults have a fundamental role in individuals’ socialization.

Adult play is characterized by the preponderance of the rule. This separates the game from reality, but at the same time maintains the game in relation to reality itself.

The player who “gets distracted” from the difficulties of everyday life, from the fears, anxieties and obstacles of real life, creates artificial obstacles voluntarily. Facing and overcoming them, in the ritual of fiction, means demonstrating oneself to one’s abilities.

The game for “interposed person”, the show (sports, film, theater) creates a protective shield against the drives and emotions that, if experienced directly, could be highly destructive (thriller movies with murderers and ambushes, catastrophic films with voracious sharks or burning skyscrapers, fights or boxing matches, circus shows where vertiginous heights are faced, dangerous games of balance or wild beasts); attending these shows often involves a total physical involvement, so in front of a scene where you can see high flames you can feel the physical sensation of the heat or, attending a boxing match, you are compelled to mimic the gestures of athlete.

The show widens the limits beyond which one can play; the fiction, a typical assumption of every game, becomes twofold in the show: the spectators identify themselves in the players, the players in the spectators. Applause fits into this circuit as a modern equivalent of “catharsis”, when the identification between the spectator and the player has become unbearable; the applause is the signal that recalls the playful and fictional character of the show, of the game, of the race. It is the collective equivalent of the reassuring signal “this is a game”. 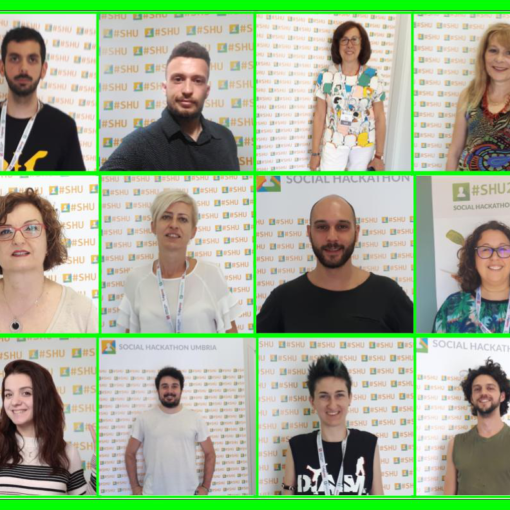 When, many years ago, I collaborated with Professor Attilio Marcolli in organizing the first Environmental Design courses at the IED in Cagliari, […]