“Capperi!” (Capers! In English: Wow!) Never was an expression of pleasant surprise and wonder more appropriate, as was the amazement aroused by the magnificence and elegance of the caper in bloom.
The caper (Capparis spinosa L. 1753) belongs to the Capparaceae family.
It is a typically Mediterranean plant, present in the central-southern areas of the peninsula and in the islands. Very rustic, with very limited water needs, it can even adapt to small areas of the Po Valley and in those areas that are able to guarantee warm and sunny conditions. It grows spontaneously only on calcareous substrates from the plain up to 1000 m. of altitude. We find it hanging from ancient walls, on the old houses of the historical centers, perched in the cracks of the rocks, on the cliffs, and on the coastal cliffs of the Mediterranean; loves the heat, the dry air, the stony ground.

It is a small perennial shrub with woody roots, immediately branched stem, woody at the base, and often with very long branches, first erect and then drooping or creeping.
The leaves are green in color and have a fleshy texture; they are alternate and present at the sides of the petiole, two stipules transformed into thorns. The shape of the lamina is oval with a smooth margin. The beautiful flowers are inserted with a long peduncle in the armpit of the upper leaves. They are very showy but ephemeral: they last only one day; they are composed of four green sepals and four white petals with numerous and long purplish-red staminiferous filaments. They bloom from May to September with a gradual production: as the apexes of the branches grow, buds are formed, which bloom within fourteen days. The buds are what we commonly call capers.

The fruits, called cucunci, are non-fleshy, pear-shaped berries, first green, then, when ripe, reddish, containing numerous seeds immersed in a gelatinous substance much appreciated by ants, but above all by geckos and lizards. These, approaching the split ripe fruits, scatter the seeds, which have passed unscathed through their digestive system, in the cracks of the walls or between the stones of old dry stone walls, favoring the dissemination. However, it is not easy for the caper seed to take root. It must reach deep into the stones and find a suitable place to germinate with the moisture necessary for root growth.

The name of the Caper derives from the Arabic “kabar”, the Greeks then transformed it into κάππαρις, the Romans who probably used it in the preparation of garum, called it cappăris.
The caper is in fact present in the Mediterranean regions and has been cultivated here for medicinal and food uses since ancient times.
Medicinal, cosmetic and aphrodisiac properties were attributed to the plant, which is why it is already mentioned in the Bible (Ecclesiastes XII: 5) and later by Aristotle (4th century BC) and Dioscorides (1st century AD). Also Dioscorides and Galen, a physician of the second century. D.C., indicate the caper as an excellent diuretic and a remedy against toothache. The natural medicine of the time used an infusion based on caper roots and sprouts as an antirheumatic and to wash ulcers and wounds.
The ancient Romans, as already mentioned, greatly appreciated capers, they also made a medicated wine by letting the buds macerate with juniper berries for about two months.
Pliny the Elder even distinguished them according to their origin: the Egyptian ones were the best capers, the African ones caused damage to the gums, while the Apulian ones were laxatives.
The Arabs, on the other hand, in addition to widely regarding it as food, used the caper in medicine, preparing, among other things, antidepressant herbal teas with the bark of its root.

As for food use, the edible parts are the most tender aerial parts of the plant from which the buds (collected within five days of life and commonly called capers), and the fruits, known as cucunci or capers are consumed. Both are preserved in salt, vinegar, or oil. Once harvested and blanched, the leaves are also eaten in salads with other vegetables.

On the island of Santorini, in the Cyclades archipelago in Greece, and in other places in the Mediterranean, caper plants are grown exclusively for harvesting the tips of the shoots called capasciuzzi.
The capers can be left to macerate in wine in order to obtain a remedy considered aphrodisiac; from maceration in olive oil, a dermoprotective ointment is obtained that can be used against skin aging, as a protection from the sun’s rays, and to relieve itching and swelling caused by insect bites. The buds ground and spread on the skin can be used instead as a whitening mask against vitiligo and couperose.
The whole intensely scented plant contains flavonoids with antioxidant, anti-inflammatory, and immunoprotective action (quercetin and rutin), capparirutin (a bitter glucoside with diuretic properties), vitamins A, B1 and B2, pantothenic acid, ascorbic acid, and pectin.
Currently, the cultivation of the caper plays an important role in the economy of some regions since the plant also grows in areas where other crops would hardly be able to survive and does not require any treatment or fertilization. 90% of the national production of top-quality capers comes from the Aeolian Islands and Pantelleria and covers 45% of the needs. Particularly valuable, the Capers of Pantelleria which since 1993 have obtained the IGP (Protected Geographical Indication) mark. 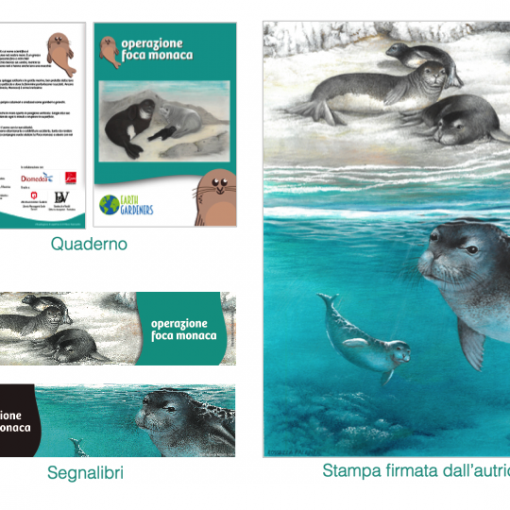 The “Operazione Foca monaca” project was launched on September 22nd; the planned actions are in full swing and are arousing a lot […]

The Sun is not … constant The Sun is in the constellation of Aries from April 19th to May 13th, remaining there […]

The “Thinking Day” is celebrated every year by all the Scouts and Guides of the world: they celebrate the birthday of Olave […]

5 thoughts on “The plant of capers”