In arid and sunny Mediterranean summers, the thirsty and dusty scrub is interrupted by intense green shrubs, covered with pinkish and fragrant white flowers: the Myrtle. (Myrtus communis L. 1753)

It is an evergreen shrub typical of the Mediterranean scrub, widespread in the warmer areas of southern Europe; in Italy it is found spontaneously, in association with mastic, cistus, and other species of the low maquis, in the central and southern regions, in Liguria and in the islands. It characterizes the coastal and hilly landscape, in some cases even reaching the submontane area up to 600-800 meters above sea level.

The plant has a very slow, long-lived growth and can become centuries-old; normally it is up to 2- 3 meters high, but old specimens can reach 4-5 meters in height.

It has a shrubby or bushy habit, very ramified, dense, with opposite branches; the stem is woody and robust, with a reddish bark in the young specimens that takes on different shades of gray and tends to crack vertically as the plant grows.

The whole plant (branches, leaves, flowers and berries) is particularly fragrant, as it contains an essential oil called mirtolo with balsamic and antiseptic properties, as well as citric acid, malic acid, and vitamin C.

The very green, shiny and glabrous leaves are opposite, oval and lanceolate in shape. On the upper page they have translucent point-like glands rich in essential oil which gives the typical scent.

Flowering occurs in late spring until summer: the very fragrant flowers, with five golden petals and stamens, are white with pinkish hues; they appear on long peduncles, solitary or paired at the axil of the leaves. In particularly favorable climatic conditions, a second flowering can also occur at the beginning of autumn.

Myrtle flowers are very often visited by bees and other pollinating insects, however, myrtle is not a melliferous plant, as it does not produce nectar, being the flower devoid of nectar, that is, of those organs that secrete nectar through a special epithelium. Foraging bees take only the pollen.

From the flowers, the fruits develop, ovoid berries 5-10 mm wide, generally blue-blackish, but there is also a subspecies with white fruits: the Myrtus communis leucocarpa.

The berries have a waxy outer rind bearing at the distal end a kind of crown formed by the remains of the dried floral calyx and contain 5 or more small reniform seeds. They ripen from November to January, remaining on the plant for a long time. They are a delicacy for birds especially for blackbirds, thrushes, and starlings, which by eating them propagate the seeds, thus spreading the plant in the environment.
Not only birds, but ants also contribute to the dispersion of myrtle seeds in the soil; this mechanism is called myrmecorìa and represents a strategy used by some plants to exploit the collaboration of ants to disperse the seeds.

The uses
Since ancient times, the myrtle plant has been held in high regard for its medicinal, balsamic, anti-inflammatory, astringent, and slightly antiseptic properties. All parts of the plant (leaves, flowers and fruits) were used in various ways, obtaining oils, ointments, decoctions, extracts to treat ulcers and diseases of the respiratory system.

The medieval perfumers prepared by distillation of the flower and leaves in balsamic time, the famous “Angels’ water” ”, a tonic and eudermic lotion that embellishes the skin; even now all parts of the plant are distilled to obtain essential oil, myrtle water, a toning, astringent beauty water, ideal for purifying the skin.
It is above all in Sardinia and Corsica, where the plant is most widespread, that myrtle finds the most varied uses in everyday life.

The dried leaves, being rich in tannin, were used in the tanning of hides and leather.
Myrtle was used as an excellent black dye for fabrics and as ink for writing, while very hard wood was used in inlay works.
The shoots and flexible shoots of myrtle were used in weaving together with reeds and rushes to make baskets, baskets, and fishing traps for lobsters and moray eels.

In Sardinia, leafy twigs, leaves and berries of myrtle are widely used in the kitchen to season and flavor roasts and game. Ripe berries can be eaten as a digestive and serve, due to their slightly resinous aromatic flavor, as a flavoring for brandy. They can be used to prepare infusions and excellent jams.

The name of “mortadella” seems to derive from the use of myrtle berries (Myrtarium) to flavor this sausage in the absence of pepper, very rare and expensive in ancient times.
But the main use remains the preparation of the famous myrtle liqueur, obtained by macerating the berries harvested in the period of maximum ripeness in winter, or even the leaves, in strong alcohol, brandy, or grappa, with the addition of sugar syrup. This liqueur, once prepared in a strictly family context, is now also produced at an industrial level and marketed throughout the national territory.

Currently, myrtle is also considered a beautiful ornamental plant widely used in gardens as a hedge or fragrant shrub due to its ease of cultivation, rusticity, and the ability to prune it in the typical shapes of Italian gardens. In the Botanical Garden of Pisa, there is a sector called “Orto del Mirto” due to the presence of a very old specimen of myrtle planted here in 1815.

He played with a myrtle frond
and a fresh rose;
and her hair
it lightly shadowed her and her hermers and shoulders.

Myrtle is spoiken of in literature and poetry already in ancient times by Archilochus, a Greek lyric poet from Paro of the seventh century BC, and by Virgil who thus describes the coastal areas enlivened by myrtles: “Litora myrteti laetissima”, up to D’Annunzio with the splendid “The rain in the pine grove”.
Every Mediterranean culture has attributed a great symbolic value to myrtle, albeit with different meanings: a symbol of Love and life, of Eros and Thanatos, of good wishes, of glory, of peace, of fruitfulness and prosperity.

For the Persians the plant was sacred and used in sacrificial fires, for the Jews it was a symbol of peace; the Egyptians adorned themselves with it during the festivities.
In Greek mythology it was sacred to Aphrodite, goddess of love and beauty, who after the judgment of Paris wrapped her head with a myrtle crown. Ovid narrates that when she was born, coming out naked from the foam of the sea, Aphrodite hid behind a myrtle bush to shelter from the glances of the satyrs.

The concept of femininity and fecundity has a very close relationship with the myrtle, starting with the name. Myrtle derives from the Latin term Myrtos which has the same root as the name of some legendary heroines:
“Myrtò” was an Amazon who had fought together with her companions against Theseus; “Myrìne”, was the queen of the Amazons in Libya, protagonist, according to Diodorus Siculus, of great enterprises. And again, “Myrsìne”, a brave and skilled Attic girl, who according to the myth, was killed by a young man she won in the gymnastic games and then transformed into a myrtle shrub by the goddess Athena.
In Roman times, myrtle was used in rituals concerning marriage and births and myrtle flowers were often present during wedding banquets as a good auspicious and propitiatory sign. Pliny calls it “Myrtus conjugalis“. It was considered the symbol of glory, eternal love and prosperity.

Tito Livio narrates that Rome was considered the city of myrtle and that it was founded at the exact point where myrtle shrubs had sprung up. Pliny, on the other hand, tells that it was the first shrub to be planted in a public place and that two sacred myrtles were planted in front of the Temple of Quirino on the ancient Quirinal Hill.

Myrtle is also known as a magical plant, able to bestow protection and good luck, and is the basis of love talismans and attraction rituals. 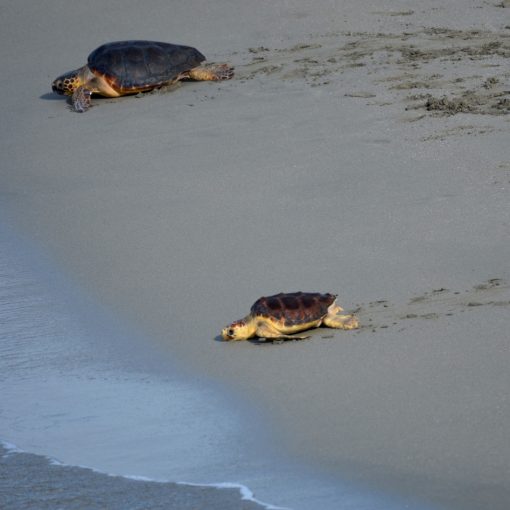 Reworking with additions to the text of P.R. Ehrlich Global change and its influence on biodiversity (R.Casagrandi & P. Melia (Eds) Proceedings […]

There are many fashions that are born and die in the food sector, but one theory that we hear more often about […]

2 thoughts on “Summer has come, the myrtle is in bloom”