“I like to think that the Moon is there, even if I’m not looking at it” (Albert Einstein)

I checked the ferry tickets once more, the photographic backpack was ready and loaded on the car that would take me to the port of the small town of Anstruther, from which I would embark for the island of May. At last, I would have photographed the Atlantic puffin (Fratercula arctica) and the Arctic tern (Sterna paradisaea) that I had never seen until then. When I reached the port I found a situation that I did not expect and that, at the same time, made me ashamed of not having foreseen it: the boats were resting on the seabed and the sea had receded. Low tide. Yes, in Scotland the tides have significant height differences, 6 meters in that case.

The gravity of the Moon had played this little trick on me, but in the hours that followed, waiting for the return of the tide, I realized how communities in some parts of the world must adapt to the influence of our only natural satellite. The tides affect their lives. The fishing boats are put into the sea with mechanical means because they cannot wait and their return to port is marked by the breath of the sea caused by the Moon; even the timetables of the boats change from day to day. In those hours of waiting, I felt an indescribable emotion in seeing the slow and inexorable return of the tide.

The Moon is our travel companion, our sentinel. She is always with us. It rotates around the Earth and together with the Earth it rotates around the Sun. Always with us, even in the great circle around the center of our galaxy (the Milky Way), which, like a giant spaceship, takes us for a walk in deep space. It has been more important to the development of life than we think, and it is part of us.

The Earth-Moon relationship is very deep, we can almost consider it a mother-daughter relationship. In fact, according to the latest theory of impact, the Moon was formed after a violent collision that took place more than 4 billion years ago between the Earth and another celestial body, which was given the name of Theia (Titanid from the Greek mythology). Part of the debris was reabsorbed by the Earth and part began to rotate in orbit around the Earth, until it aggregated to form the Moon. This theory is supported by the geological studies carried out on the samples brought back to the ground by space missions; the dynamics of the impact is supported by the “chemical signature” of oxygen present in the rocks, different for the Earth, Mars, and other objects in our immediate vicinity. But not for Earth and Moon.

But there is more: our days are lengthened by an imperceptible value for us. At the time of the Dinosaurs, the day lasted 19 hours and the Moon is responsible for all this! Once our satellite was much closer and influenced more the movement of the Earth on its axis of rotation. The universal law of gravitation tells us that the closest parts that attract each other create swellings of the fluid components compared to the more distant parts. This translates into the fact that while one body slows down its rotation, the other moves away. The Moon moves away from us by 3.8 centimeters a year. This is the effect caused by the tides. The tides create friction between the oceans, the ocean floor, and the different layers of the earth’s crust which, by dissipating energy, generate the slowdown of the rotation that the Earth performs on itself.

Obviously, the Earth has also influenced the lunar rotation, so much so as to make it synchronous: that is, the time it takes the Moon to rotate on itself is the same time it takes to make a revolution around the Earth, this is the reason why we always see the same face of the Moon facing us. All this will cease when the Earth also turns at the same time that the Moon revolves around it; at that point, the Moon will be visible only from a part of the terrestrial hemisphere.

Without the Moon, therefore, there would be no tides, those movements of the sea that have led to the formation of wetlands and which have played a very important role in facilitating the passage of life from the sea to the land.

We come to another important effect the Moon has on Earth. Our earth axis does not rotate perfectly on itself, but oscillates slowly and continuously, like a spinning top would do towards the end of its run, and the central shaft will not be perpendicular to the ground, but will make conical movements; this effect is due to the imperfect sphericity of the Earth and the gravitational interaction of the Sun and Moon. But the Moon does more: with its gravity it tends to straighten and therefore stabilize the Earth’s axis.

The Moon has always conditioned human life. The periodicity of the moon phases led to the first idea of time: the lunar month; in fact, it takes just over 27 days to rotate around the Earth, but its phase repeats itself after about 30 days, because in the meantime the Earth has traveled a part of its orbit around the Sun, so the realignment will take place with a little delay.

Man used the moon as their first compass to orient himself (you know the saying “gibbous moon to the west crescent moon”?) Not only that, the Moon has given a great impetus to human space exploration.

This means that the condition of a New Moon or Full Moon is not sufficient to cause an eclipse; this occurs only when the three bodies are on the line of intersection of the two planes of revolution (line of nodes). But when this occurs, we are all fascinated to see what I call “breathtaking celestial views”. Finally, remember that, given that the Moon is moving away from the Earth by about 4 cm per year, in the distant future this will lead to no more total eclipses.

On an evening with clear skies, let’s look at “our” satellite with attention, even better with binoculars: we will notice in addition to the impact crater formations, darker areas rich in iron (seas) and lighter areas rich in aluminum (earth), valleys and mountains, dark-bottomed craters and craters with rays. You too, like me, will never tire of admiring and photographing it.

The moon is truly our travel companion. It never goes away. She is always on guard. Every day she gives a different version of herself. Sometimes pale and pale, others intense and luminous. Her light was a gift that fell from heaven. Before fire, tools, language, the Moon lit up the darkness of the world and calmed the fear of men. 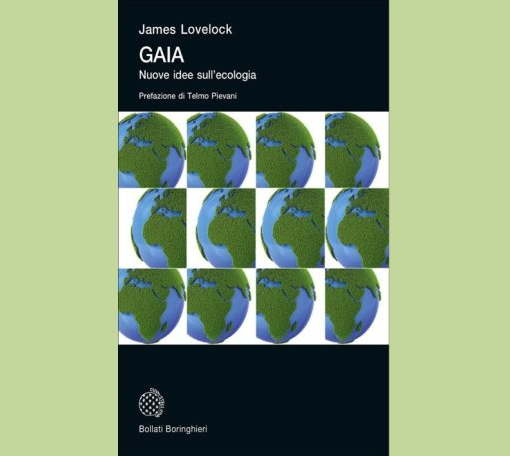 …. Thus amidst this immensity lies my thought: and TO shipwreck is sweet to me in this sea. Giacomo Leopardi’s twenty-one-year-old sea, […]