No man can bathe in the same river twice, because neither man nor the waters of the river are the same. (Heraclitus)

Rivers build themselves over time. Their waters marry the orography of the areas they cross, looking for a road, not always the shortest, towards the mouth. They merge with the landscape and characterize it with rapids, waterfalls and meanders, often becoming the most important ecological connection factor within a territory. Their riverbed is in fact a corridor capable of uniting and interconnecting the plant and fauna communities that develop in a specific geographical area. Rivers are not those straight lines that pierce the landscape with their paved riverbeds embedded in megalithic banks. Those are just drains with no function other than to take the water away as quickly as possible.

The role that a river can play in the environmental mosaic is in fact closely linked to its ecological integrity, which certainly does not stop at the quality and quantity of the water. Instead, it invests the various components of the “river ecological system”, with first of all the state of biological richness of its vegetation and flora and fauna communities both immersed and emerged, in a complex interplay with the terrestrial ecosystems crossed.

If man is not an island “entire of itself”, as the poet John Donne taught us, much less is the river, whose ecosystem functioning processes depend on the relationships that are created between its waters. and the ground in which they flow. This relationship ends up determining and drawing both the shape of its riverbed and the biological communities that are created in and around it.

A river, therefore, not in the illusory concept of flowing water, but in the much more complex and intimate relationship that the mass of water has with the substrate and the biotic communities that develop there. This especially in the lateral area of the water body subject to the level variation imposed by the flood regime. It is in fact here that the regulations of ecological and biogeochemical processes take place, in particular those of metabolization of organic substances and the abatement of pollutants that flow into the river.

Certainly, little has been considered the fact that the defense works of the banks – carried out to reduce the risk of flooding – have determined the loss of the natural profile in large parts of the waterways, thus reducing the contact interface between water and natural banks, deeply undermining the functioning of the river ecological system.

In fact, this interface acts as an area with a very high biological and ecological activity with its plant components both emerged and submerged which, depending on the hydraulic regime, control the main exchange and absorption processes between water and soil. It is no coincidence that the River Functionality Index (IFF) which allows to study the degree of ecological functionality of a river through the description of its morphological and biotic parameters, is based on a series of questions to be answered based on to specific monitoring, relating to four main aspects of river ecology that can be grouped as follows:

1.   Vegetational condition of the banks and of the territory surrounding the river;

2.   Relative width of the wet riverbed and structure of the banks;

As can be seen, the questions relating to the vegetational state of the banks and the territory crossed constitute one of the primary bases of judgment, capable of giving the IFF a sufficiently high value and consequently a good / acceptable condition of overall ecological functionality of the body of ‘water. This is in consideration that not only the characteristics of the structure and width of the riverbed are crucial, but also and above all those of the entire system of the banks, capable of playing an irreplaceable “buffer” role both from the hydraulic point of view and limiting the impact due to the loads of pollutants that from the surrounding areas pour into the river directly or by underground percolation.

The functional centrality of riparian buffer strips can be easily deduced from the role assigned to them in the interventions for the recovery of river ecosystems, where their reconstitution is considered the most important element of the recovery itself.

The buffer strip of the banks can in fact be defined as the area with natural or naturalized vegetation interposed between a polluting source (crops, urban areas, …) and a body of water, river or lake.

It constitutes the strip of vegetation (herbaceous, shrubby, arboreal) interposed between the aquatic ecosystem and the terrestrial one, which in natural conditions corresponds to the belt in which the flood occurs. The term buffer refers to the “filter function” that is able to exert on the water outflows that pass through it and on the substances suspended or dissolved in them with a parallel function of reducing polluting loads and improving the conditions of the receiving water bodies, which consequently they receive waters with a lower content of pollutants.

The high ecological value of the vegetated strips of the shore is widely recognized, as if to say that the “Ideal River” in terms of ecological functionality is the one accompanied by a continuum of buffer riparian belt whose vegetal components form the so-called “bush or riparian forest “.

The concepts expressed up to now do not seem to have entered, as might have been expected, the management practices constantly implemented by those Authorities who have full responsibility for the good governance of river ecosystems. A few years ago, many congresses were held to make the management bodies understand that rivers were something other than scarecrows to be kept at bay with continuous containment works that completely distorted their ecological functionality, without obtaining in exchange advantages in acceptable safety. Everything soon fell into oblivion and the problems linked to the safeguarding of biological communities and their particular and precious biodiversity, dissolved into thin air. Instead, we must increasingly attend to interventions on the riparian vegetation belt, in order to limit the hydraulic risk consequent to the fact that its arboreal-shrub component is uprooted by the floods and flowed into the riverbed, going to clog the space between the piles of bridges. But what is the cause of these feared (or real) events? Well, the regularization of the banks through overbuilding only dramatically increases the speed of the waters and therefore their erosive power on the banks, no longer protected by well-structured vegetation, the main brake of the waters and therefore guarantor of limiting the damage from erosion and eradication of trees!

The need to maintain the naturalness of the profile of the banks as well as of the buffer riparian belt with regard to the fluvial functionality, becomes absolute. This is true in both small and large waterways, without distinction of any kind. But alongside the ecosystem function of this vegetated belt, its role as a container of biodiversity should be remembered, as it constitutes a system capable of hosting animal and plant communities of high conservation value.

The safeguarding of the species and habitats that have formed along the different stretches of the river must therefore be a priority, especially in the case of species or habitats of community interest, as would be required and imposed by the Habitats and Birds Directives that are key elements. in safeguarding natural biodiversity.

These environments, on the other hand, are increasingly threatened by the heavy interventions carried out in the name of hydraulic safety. These interventions carried out on long stretches of many rivers, streams and minor waterways have had devastating effects on biocoenoses and riparian and river habitats. In fact, the management interventions took the form of mowing the herbaceous and shrubby vegetation, level cuts of the arboreal vegetation, re-profiling of watercourses, excavations in the riverbed. All this is nothing more than a continuous attack on plant biodiversity and that of vertebrate or invertebrate species whose actual survival depends only on the immediate suspension of the management models now implemented.

The purpose of safeguarding the biodiversity heritage of flora and fauna associated with river environments is based on monitoring actions that highlight the possible presence of elements present in the Directive, or in any case of conservation interest at the regional level, so that the interventions of so-called maintenance are carried out in periods and in a manner that guarantees their integrity. All this seems forgotten today!

The substantial immobility of pre-industrial society overlaps with the immobility of the productive potential of the environment, driven by an evolution that […] 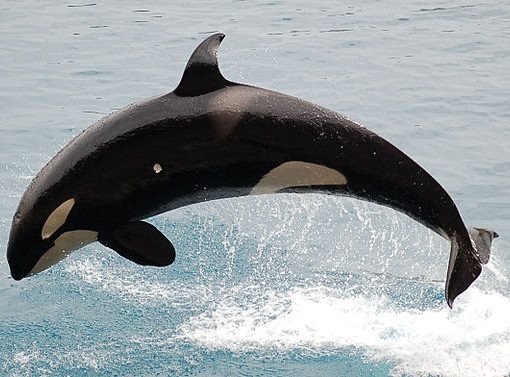 We begin our walk among the blooms that colour the end of spring and the beginning of summer from urban centers, and […]