The golden sandy shore that runs from the mouth of the Po almost uninterruptedly up to the Gargano, halfway between Termoli and Lesina runs along the Marina of the small town of Chieuti.

A couple of weeks ago, after about forty years, I returned to Chieuti. The beach was always beautiful and the dune, apart from some interruptions due to the bathing establishments, has remained quite rich.

Yet, looking at one of the beaches of my childhood, I did not understand why I felt any discomfort and what really changed. There were PLASTICS. The last time I had seen that beach, all those objects that now clutter our lives and the Planet had not yet entered our daily life.

I took a bag that I always carry with me in my backpack and, together with my husband and our dog, we started to clean a piece of beach. Two tourists camped nearby, imitating me, smiling. Within an hour we cleaned up the beach about one kilometer from the macrorifiutes, made friends and went to have a coffee together.

Of course, the sea will bring more waste. Probably as I write that kilometer of beach has been sullied by other plastics. They will always be less than there would be if we and the two German tourists had not spent an hour of our vacation day picking them up.

Earthgardening is taking care of the earth and our future. Returning to Chieuti we will not find any more waste, because those wastes have been eliminated not only from our future but from the future of the little girls and children that will come; because those collected waste will not damage the ecosystems we are part of and that support us.

But why are plastics dispersed in the sea and on the sandy beaches dangerous?

In the 70s’ that of plastics was considered “visual pollution”: a beach invaded by plastic was considered only “anti-aesthetic”. Soon we realized that these materials were harmful to the environment because, being synthetic, they did not have the possibility to enter the cycles of matter and be disposed of naturally.

The accumulation of plastics in the sea occurs on three levels: the plastics that beach on the coasts, those that remain afloat and those that are deposited on the seabed.

The plastic pieces that float are dangerous for the pelagic birds that swallow them, while the plastic bags that sail in mid-water are swallowed by the sea turtles that exchange them for jellyfish. 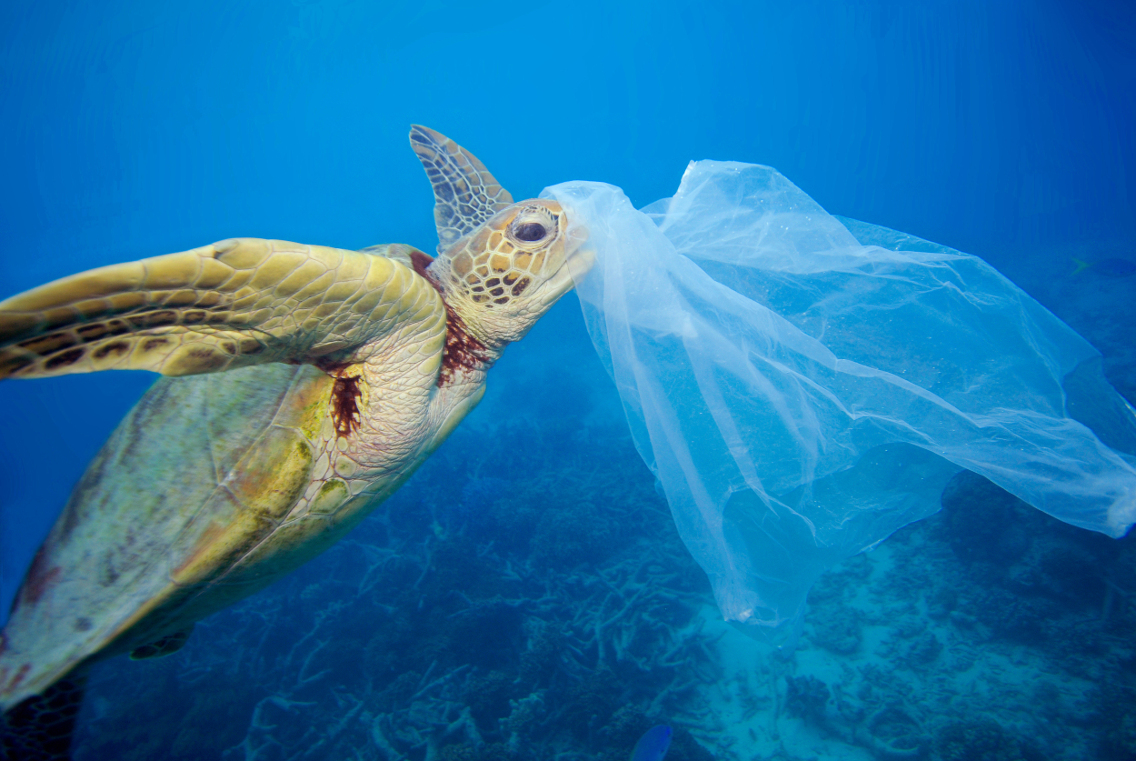 A Caretta is in danger of swallowing a plastic bag (photo from http://www.ehabitat.it)

The plastics over time are chopped up from the atmospheric agents and the ultraviolet rays of the Sun. The small dimensions make them more easily ingested by the marine organisms we feed on. Furthermore, thanks to their porous surface, plastic fragments can absorb organic pollutants, which are taken together with plastic.

The smallest pieces of plastic can be ingested by marine filtering organisms, such as mussels, which filter around 50 liters of water a day, or from whales, which can filter up to 70,000 liters of water in a single puff.

Polyethylene (PE), which makes up detergent bottles, polystyrene (PS) and expanded polystyrene (polystyrene), are the plastics that most easily absorb chemical pollutants such as pyrene, a toxic carcinogen compound for kidney and liver. The dioxins are also trapped by the microplastics that can be absorbed by the mussels and end up on our table.

The most dangerous polluting compounds (insecticides, herbicides, lubricants, conditioning fluids, paints) are not soluble in water, so these molecules bind to the surface of the microplastics in very high concentrations.

The nanoplastics, those below 0.3 mm, have the same properties as microplastics to absorb toxic substances, but they are more insidious because, being able to incorporate many more substances at the same weight and being ingested even by the smallest Food chain organisms such as plankton, give a greater accumulation effect along the food chain that leads to the animals that we then eat.

On plastic waste lying on the seabed I think it is enough to know that the latest estimates say that, at the bottom of the Mediterranean, there are 600 to 3000 tons of waste, mostly plastic. 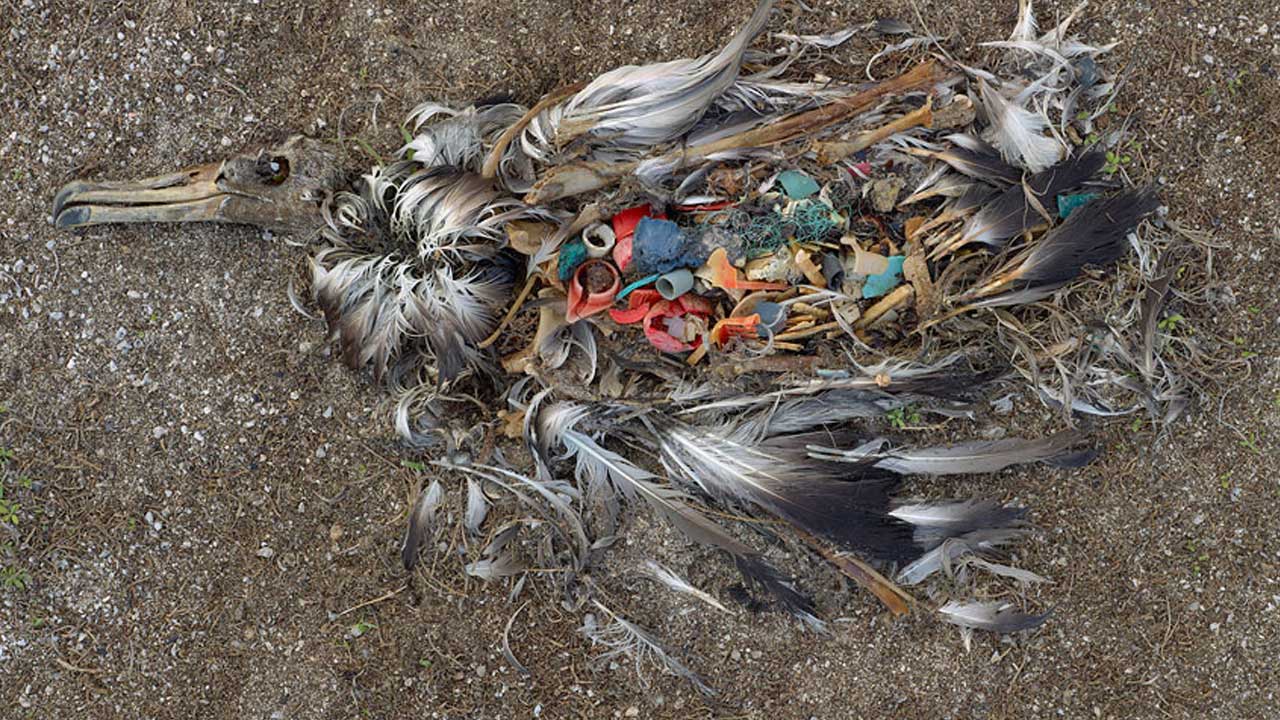 Corpse of  Albatross with a stomach full of plastic (photo from “https://animalivolanti.xyz)

Falconry may have begun before the 2nd millennium in tribes living between Middle East and Central Asia, because of hunting purposes and […]

EARTH GARDENERS and the Messaggerie Sarde bookshop in Sassari organized, with the patronage of the Ministry for Foreign Affairs of Finland – […]