To be sown in abundance “after the Ides of May until the summer solstice”, so Columella (1st century AD) speaks several times of Basil in his “De Re Rustica”. Also Apicius in 230 d.c. in “De Re Coquinaria” embellishes his recipes with Basil, while Pliny is convinced that the seeds are a powerful aphrodisiac.

According to a legend, the Empress Helena, mother of the emperor Constantine (4th century AD), having found a large basil plant on the site of the crucifixion of Christ, would then spread it throughout the empire.

If in the Roman world the sacredness of the plant and its preciousness in the kitchen are exalted, in the Middle Ages it is attributed to it exorcising powers and becomes a testimony of hatred and denied love.
Lisabetta da Messina, protagonist in the Decameron, of the V novella of the fourth day, kept the head of her lover Lorenzo, beheaded by his brothers, contrary to their love, in a vase of basil watering with his own tears.

And there are also vases of basil placed on the windowsills in the novels collected in Vita dei Campi by Giovanni Verga, vases that hide Lola in “Cavalleria rusticana” “that listened every evening, hidden behind the vase of basil, and became pale and red” and that girl in “Fantasticherie” “that peeped out behind the vases of basil, when the rustle of your dress revolved the lane, ……. Who knows what poor joys dreamed on that windowsill, behind that smelling basil, with the eyes intent in that other house crowned with vine shoots? “.

Even the poetry of the late nineteenth century has a look at the basil:

So Giovanni Pascoli in “La cucitrice” Myricae: “… comes back from the teacher / hatching and passes slowly: / there is blond at the window / between a basil and a mint: it is Mary who sews and sews … ..”

It also mentions Guido Gozzano in “La signorina Felicita or happiness”: “… it was sweeter to stay in the kitchen / among the dishes in vivid colors: / you were silent, I was silent, Miss: / I enjoyed that silence and those smells / so much for me comforters, / of basil of garlic and of cedrina. “

Basilico, the identity of a territory, is a protagonist in contemporary literature in a story by Nico Orengo, “The War of Basil”, in which in Liguria, a huge basil plant with an intoxicating scent is the background to the dashed and grotesque stories of protagonists of history.

And because the qualities of the Basilico are innumerable, could not miss the voice of one of the greatest and sensitive artists of our theater, Aldo Fabrizi, who in a sonnet written in Romanesco, enhances its preciousness

Apart from the fact that the basil enchants us

because it smells like roses,
he has certain medicinal qualities
that in many evils are a holy hand.

An infusion of this plant is sufficient
so that headaches, windy colics,
gastritis, difficult digestions
and chest diseases disappear.

Because of the miracles I’ve said,
I have a pharmacie on the terrace,
open day and night in a jar.

Inside there is an apothecary pharmacist at work
that does not want form and stamp
and there is never a danger that strikes.

Author: Maria Beatrice Lupi. Naturalist, an expert in training, planning for sustainable development, participatory methodologies and European planning Currently, she is involved in dissemination and education for sustainability.

I tell about it, among friends who are really convinced and aware that we need to get out of sustainability-blà, blà, blà […]

In autumn, training activities resume: schools, universities, and professional institutes reopen after a period of enormous difficulties. The pandemic has induced great […] 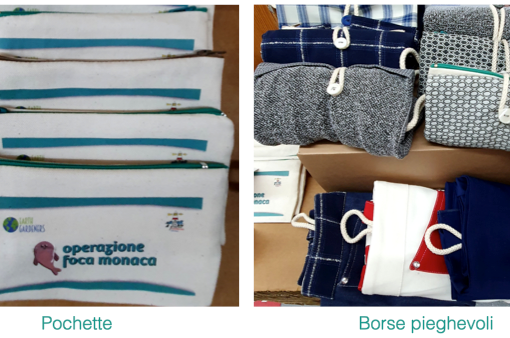 On Wednesday 22 September, as planned, we kicked off the Operation Nun Seal project. The event was announced by nine online and […]

The landscapes of November are certainly not illuminated by many blooms, they are rather brushed by many browns, yellows and ochres that […]