Falconry may have begun before the 2nd millennium in tribes living between Middle East and Central Asia, because of hunting purposes and afterwards it spread towards east and then west. However, some people think that the real value of falconry, more than being a mere hunting style, consists in devoting one’s life to a predator. In fact there does not exist a more intimate and subtle relationship than the one established between the falconer and his ward. It actually consists in turning a wild bird of prey, which initially panics at the least noise or human presence, into a subject accustomed to this disturbances through a long taming process ending with making the bird trustful and ready to comply with the trainer’s will.

To transform a nervous animal into an individual which accepts the falconer’ presence and stays calm on his hand is a process requiring self-control, patience and incredible dedication. The training techniques vary geographically, being influenced by centuries-old traditions and, in particular, by the many ways a bird of prey reacts to its instructor. This is indeed a noble art whose origins date back to ancient times and has therefore become a tradition, a distinctive sign of peoples, in an intertwining of heraldic symbols of strength and power.

If we keep in mind falconry was born for hunting purposes the question is: what function and meaning may falconry have nowadays­? The geopolitical distinction has become necessary since I believe that for many peoples and races falconry has kept the meaning it has had from the start. In the western world, e.g. in Europe, the situation is different. Since its hunting purpose has got completely lost, it has become a sort of hobby which often deteriorates into crazy modes which range from “mediaeval festivals” to village fairies, up to the point it becomes a profession useful to shoo pigeons or starlings or to prevent bird-strike in airports. All these uses are very far from the spirit from which falconry arose and thrived, not to mention those aspects regarding animal preservation and well-being.

Birds of prey are protected by every conventions and regulations and in particular by our national laws since they constitute a group with general conservation problems; very few species are in a good conservation state, and coincidentally none of those falconers are interested in them. Even if many of the employed birds come from couples kept in captivity the conservationist problem still exists since their removal of specimens from natural environments is continuous.

It should be recalled that derogations from the protection standards laid down in the European Directive “Birds” include the “small quantity” of protected species; this provision was intended to supply the falconry market as specified in the Article 9 Handbook of the Directive, and ended with being a sort of troy horse for other bird species as well.

While overlooking the subject of the obvious inopportunity of turning raptors into circus animals for fairs and village festivals, it is worth spending some words on the use of hawks as a deterrent to the presence of other avian species.

The fact that the sight of a raptor induces other species to flee is self-evident, even though I can never forget the sight of a Peregrine falcon chased by a roar of herring gulls: it had the daring to overtake their nesting colony!

From this innate tendency to flee, there follow a series of uses of the most diverse species of birds of prey to counteract the presence of different problematic species in urban and at airports. This has resulted in a strong increase in the trade of both native and foreign birds of prey, which can be criticized from a conservative point of view.

Falconry is used at airports to reduce the risk of impact between planes and birds during taking off and landing phases. However, such a serious problem has stimulated the realization of technological means that more effectively prevent impact problems. The use of hawks, which is not devoid of practical application difficulties, is decreasing and, as far as we know, only survives in Italy only at Ronchi dei Legionari (Trieste) and in the Alitalia hangar at Fiumicino, with the sole function of deterrence but not against bird- strikes.

As for the use of falcons in the urban environment, it must be made clear that it has no effect on the reduction of populations of pigeons, starlings or seagulls. The same is true for their reintroduction: all the projects have miserably failed, whether they involved diurnal or nocturnal birds of prey such as the tawny owl. The latter is one of the biggest fake stories that many public administrations have believed. The use of the birds also provokes a short-term moving away of other birds.

In cities as at airports, a deterrent effect can be obtained with a whole series of non-violent defence means. The disappearance of doves and seagulls has also been due to the use of last-generation harmless chemical repellents, currently tested at the University of Pisa. There are therefore technological means which are as effective as using birds of prey, with long-lasting effects as well.

We have already defined falconry as an art, let’s not mercify it by using them to fight the presence of species that have far greater problems which cannot be certainly solved with the use of birds of prey.

If we respect falconry it is only for its primordial spirit. Let’s state clearly that we would strongly prefer those hawks and those eagles to exists not as slaves carried on a glove anymore but as free birds flying in the sky.

Darkness is the characteristic of the last month of the year. And with so much darkness it is difficult for the blooms […]

Autumn has begun, but the last warm days still give us, among the bushes of the Mediterranean scrub, the scent and the […]

Smart cities. Which means cities designed and organized in an “intelligent” way. A multidimensional intelligence that is expressed in intelligent economy, intelligent […] 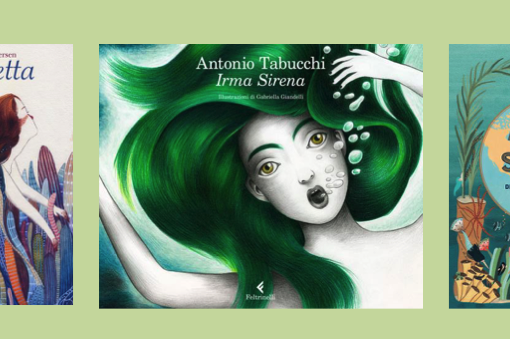 “You must first reach the Sirens near you,that all men enchant who come to them.Whoever approaches them, unwillingly, and listens to the […]