It is May, a basket full of cherries reigns on our table. That’s impossible to resist, in the blink of an eye we’ll eat a lot! If we do not get indigestion, there is no need to worry. As well as being delicious, cherries have numerous beneficial properties. They contain Vitamin A and C, mineral salts (calcium, iron, phosphorus, sodium, magnesium and, above all, potassium), trace elements (zinc, copper, manganese, and cobalt) and antioxidants. They are therefore excellent allies for our health.

Cherries are the fruit of the Prunus avium cherry tree and the name reminds us that even birds are greedy for them; the plant has been obtained from repeated hybridizations of the wild species.
Originally from Asia Minor, the cherry tree has spread throughout the Mediterranean basin for about three thousand years. In Italy, it was introduced in the 2nd century BC. by Romans. It then spread all over the world, but 75% of world production is in Europe.
In Italy it is grown in almost all regions: in particular in Campania, Veneto, Emilia Romagna, Puglia and Lazio. The species is also widespread in the wild in woods, up to 1,000 meters above sea level.
Each region produces different varieties of cherries: there are over 150 cultivars, many of which are only of local importance.
If Turkey is the world leader in terms of production with about 599,650 T per year, Italy is the European leader with about 104,766 T per year, which almost completely satisfy national needs; 11,700 tons are imported from Spain and Greece; 2,393 tons are exported to Switzerland, Germany and Austria.

While chatting and tasting cherries, the basket gets almost empty; we know, the cherries are so good that we would like to eat them all year round, even at Christmas and in the middle of winter. And the global market allows this.

The cherries of December

The cherries we eat at Christmas, anticipating the arrival of spring, come from the other side of the world, mainly from Chile, which has a production of about 287,000 tons per year. During the winter of 2020/21, Chile exported 240,000 tons of cherries.
But have we ever wondered what is the environmental cost in terms of CO2 production caused by transport? What is the difference between consuming local seasonal cherries and Chilean cherries?
For example, if we consider consuming local Bonnanaro cherries in Sassari, we see that the impact on the environment caused by their transport for 36.2 km determines the production of 67g. of CO2 per kg of cherries.

The situation is quite different in the case of Chilean cherries. Chilean cherries take 1 day and 2 hours by plane to travel the 11,554 km that separate Santiago de Chile from the Civic Market of Alghero, with a production of CO2 equal to 21.6 kg per kilo of cherries, without taking into consideration the other pollutants that the air transport emits.
Until a few years ago, food travelled short distances from the producer to the consumer while today they cross oceans and continents from one end of the world to the other.
It is estimated that 98% of Italian fresh agricultural production is transported to a distance greater than 50 km from the place of production and this implies an increase in the concentration of CO2 in the atmosphere with important effects on climate change.
Currently, this value is about “390 ppm with a constant growth of 2.5 ppm per year, where ppm means parts per million, or for every million particles of various kinds present in the atmosphere, 390 are CO2. In pre-industrial times this concentration was 280 ppm “. (Source ENEA).

What can we do?

We must be aware that each product and each production chain carries with it a burden of energy, consumed resources and pollutants, which we do not see and which we cannot read on the label at the time of purchase. However, we can read the place of production. We should buy “zero kilometer food” and reflect on how important and necessary it is to consume local and seasonal products.
Everyone can do their part by partially modifying their lifestyle, thus sending signals to production and industrial systems that have enormous potential for improvement in terms of eco-sustainable efficiency and effectiveness.

The three-spined stickleback (Gasterosteus aculeatus) is a small fish made particularly famous by the studies that Niko Tinbergen carried out on it, […]

Once again the sea, the mother and matrix of our existences, fascinates and involves us, taking us by the hand, to let […] 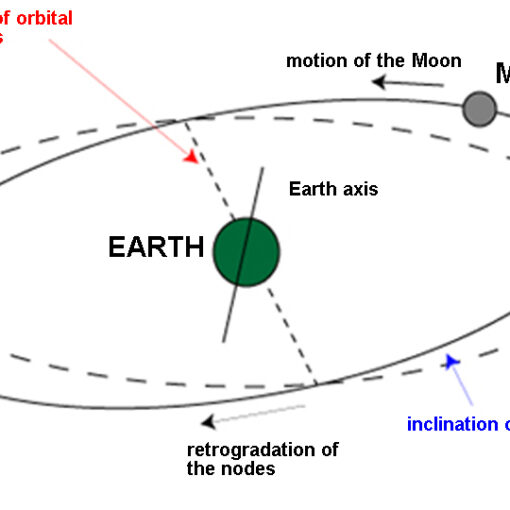 “I like to think that the Moon is there, even if I’m not looking at it” (Albert Einstein) I checked the ferry […]