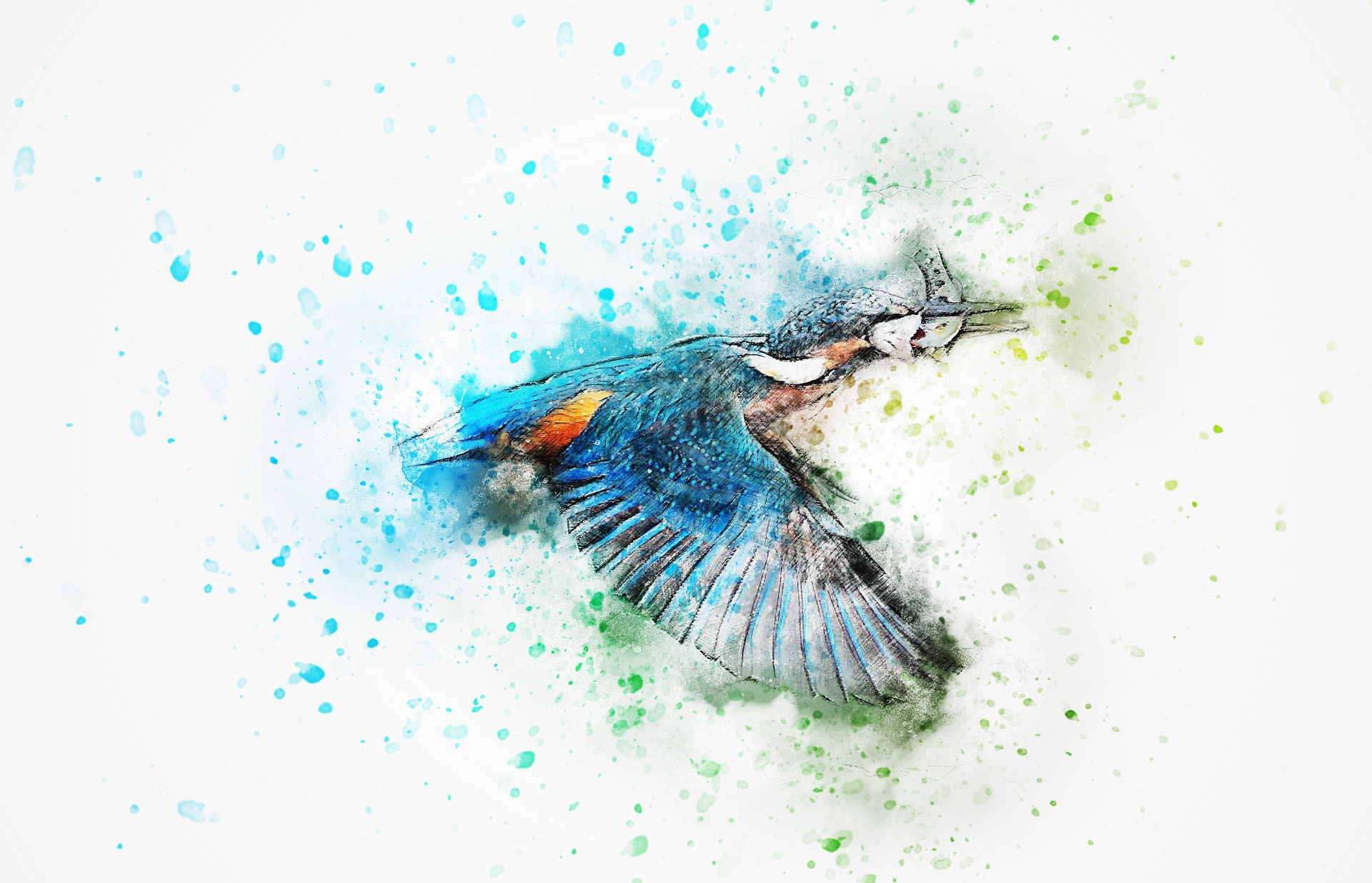 Among the reflections arabesqued by the sun on the water

as soon as you notice a flash of blue

that darting trilling before.

In vain you pursue him …

already has vanished behind the reeds:

it was Martino, he was the king fisherman.

From his behavior, from the colors of his coat, the popular imagination has drawn the most varied names, now inspired by the rapidity of the flight, the sudden dives to grab the prey in the water, now instead to the gem reflections of his feathers. Look for him as a kingfisher in the modern books of ornithology, because this is his name today, but the index of classical texts would be in vain, where it is instead indicated with names closer to popular traditions and therefore to the origin of the various authors. 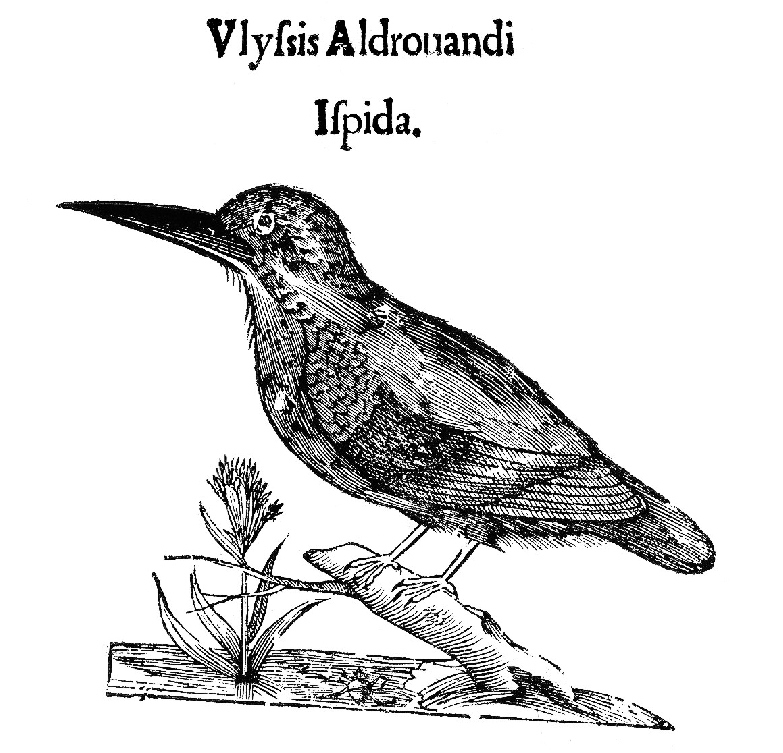 In the seventeenth-century Latin texts of Natural History, such as those of Aldrovandi (1603) and Jonstonus (1657), it is referred to as Ispida, etymologically linked to the pointed beak, but perhaps also to the appearance of the nidiaceous nudes when they are covered (irti) by the calamis of growing feathers and why not, as some claim, from the fish thorns that are found in its burrow nest.

The learned Ispida left the place as early as 1601 to Uccello della Madonna in the treaty of Antonio Antonio Valli and later Olina (1684) quotes him as Uccello Pescatore, name of the Roman tradition where he used also the resounding King Fisherman. Paolo Savi (1827) instead calls him Uccel Santa Maria in his Tuscan Ornithology, taking up the term with which in the Pisan and Versilia, is popularly indicated. The origin of the name already explains the Olina: … “in Rome and in Tuscany called Uccello Santa Maria, or of the Madonna, from the very blue, which is seen in it, of which as the painters are used to cover nor did their paintings depict the Madonna, so they called her the Madonna. ” 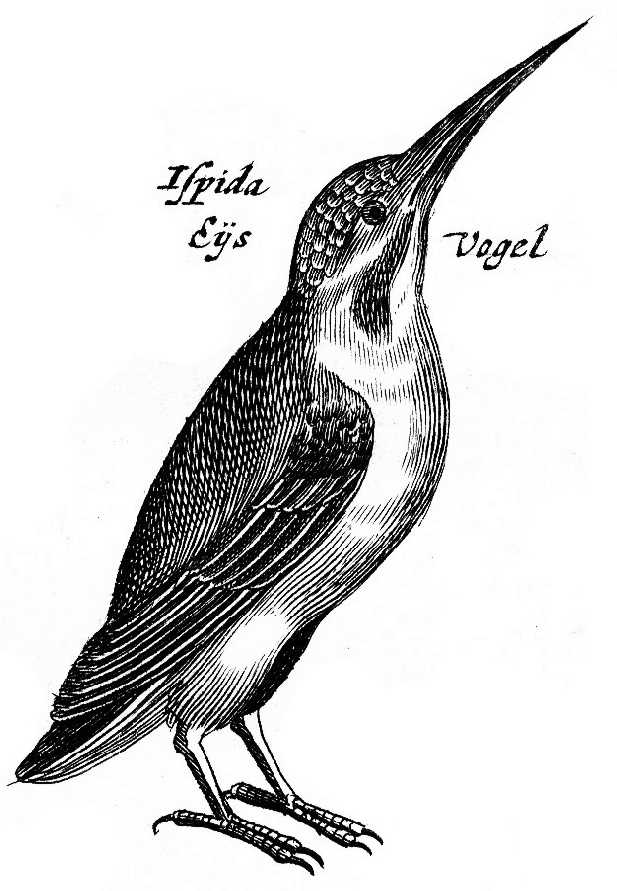 Piombino is said instead in the Bolognese and so chooses to call it Bacchi della Lega (1892) just Italianizing the Romagnolo Piomben, which certainly derives from lead for his fall (fall) on the prey, on which the Savi is well described in describing the behavior hunting: “When from the place where he stopped he discovered in the water some of the animals he eats, …, he falls over them perpendicularly, and he even dives a little. If he then discovers the prey as he flies, then he stops suddenly, hovering on the wings he remains motionless, and waits for the right moment to let him fall on him. ”

King Fisher, which is then the Anglo-Saxon Kingfisher, is almost the lay correspondent of the attribute of “Madonna”, as in this case refers to the royal blue of his coat and predatory habits. 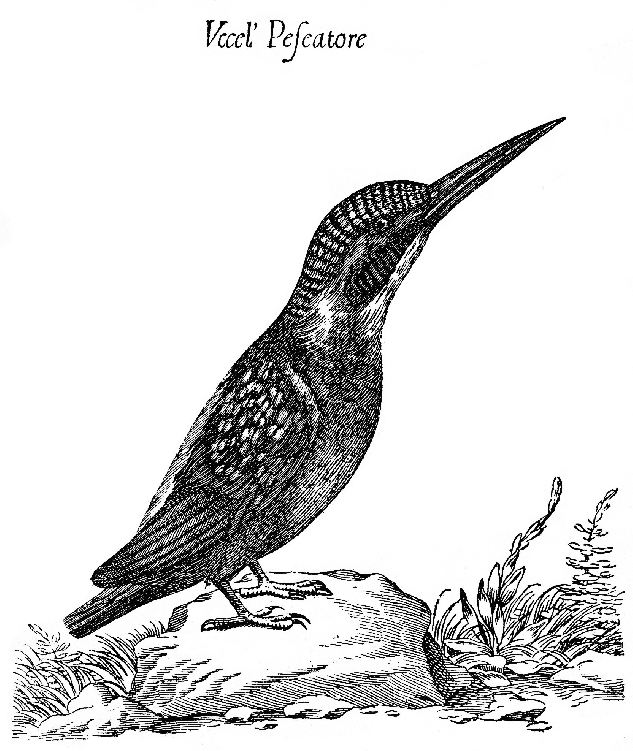 The use of the name “Martin Pescatore” in Italian ornithological literature is later and it was Arrigoni degli Oddi who so indicates it first in 1902. It is also the translation of the French word Martin pecher which recalls San Martino, a figure linked in the European tradition to the subversion of winter and rain to which this species, like others like peaks, robins or wrens, are sacrally linked in different European center sagas and mythologies.

However, it was his colors that struck the imagination and always amazed the people and scientists, so much so that Buffon in the eighteenth century his “Natural History of Ucelli” is not stingy with hyperbolic similarities in describing the color composition of the coat: “les nuances de l ‘arc-en-ciel, le brillant de l’email, the luster de la soie, le jeu du saphir, l’oeil de la turquoise, the rouge enflammé d’un charbon “, reiterating as” the semble que le Martin pecher if soit echappé de ces climat où le soleil verse avec les flots d’une lumiere plus pure, tous les trésor des plus riches couleurs “… romantic image of the apportionment of the most radiant and sunny colors that the species would originally have done to adorn the own plumage!

It is in fact undoubted that martin fishermen, bee-eaters and jays, certainly close entities from the systematic point of view, bring among our local birds an impressive brushstroke of tropical colors. In sub-Saharan Africa we can in fact place the specimen barycenter of these bird families that from there take in our latitudes the kaleidoscopic multiformity of colors so common in equatorial faunas. 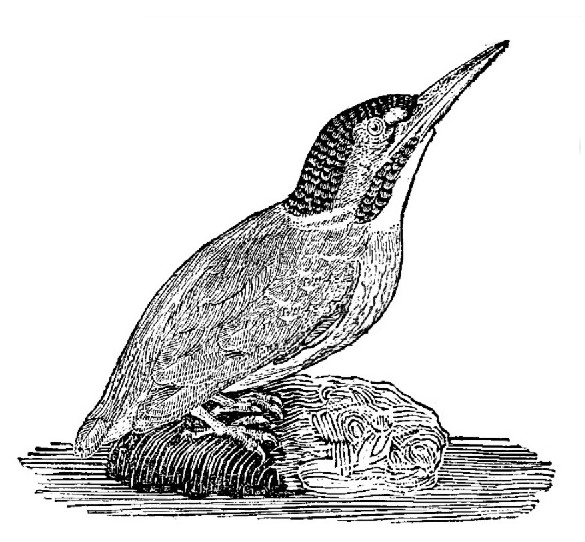 If the colors amaze us, the forms of the Kingfisher are a wonderful example of adaptation to the living conditions of these birds. Gathering an aquatic prey must have been a powerful selective pressure in shaping forms and behavior: powerful wings and adequate pectoral muscles, to have a fast flight, made of sudden shots and surges but also with the possibility of stopping, hovering over prey. Strong plumage, to allow continuous impacts with water or rubbing against the walls of the nest tunnel that digs into the banks. A long, straight, pointed and tetragonus beak, essential for catching prey under water; very little, however, is all that concerns the pelvic girdle, which supports two small paws visually disproportionate compared to the rest.

If the evolutionist remains admired by how much the adaptations have shaped his forms, the ornithologists of the past centuries were not so tender, they saw him awkwardly ungraceful, almost a slave of tyrants costumes that forced him to a troubled and gramy life, rather than seeing you the perfect solution to a water predation problem. And in fact the descriptions of the Bacchus of the League (1892) are almost funny when he states that “Nature was not courteous to him in the beautiful green and blue feathers, in the rest he was stepmother: a big head, a long beak, a squat body planted on two short legs, and a ridiculous tail. No song, no joy. Insensitive to the beautiful season, he makes a single and monotonous verse, a kind of acute lament, perhaps the one that rips from him the hard labor, which he is condemned to live “.

On the other hand, how successful is the compromise between form and function in the kingfishers is undoubtedly testified by the morphological homogeneity that characterizes the numerous species of this family, all surprisingly similar, dimensions apart, to underline the virtuous adaptive path, not subsequently changed into a specific radiation that is certainly not negligible. 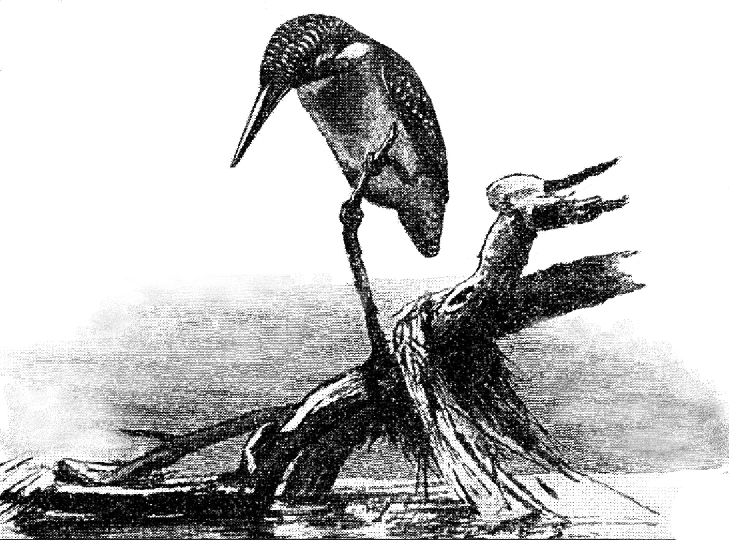 The Sun from March 12 in Pisces, passes on April 19 in Aries where it will remain until mid-May. Oriented towards South […]

The Sun that in May was in Toro passes in Gemelli on June 21st, the day of the Summer Solstice; has reached […]